This is Tsuruya by Max Factory, the character is from the anime/light novel The Melancholy of Haruhi Suzumiya. I currently seem to be collecting quite a few figures from this series. I think each Haruhi purchase will be my last and then some other figure company comes out with something else cute or unique from this series and I crumble. I have a willpower thats weaker then an Atelier-Sai figure on a hot day (ohohohoho what a clever figure joke I just made). 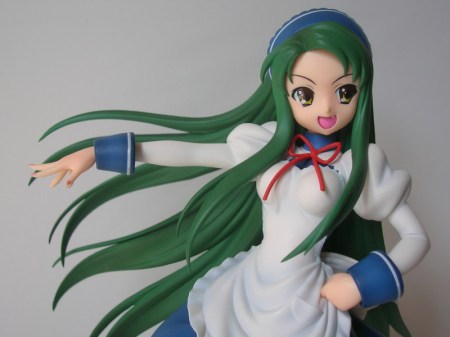 I was only casually collecting the Max Factory line of Haruhi figures before and had very little intention of purchasing this figure of Tsuruya. Why? Because I had Ryoko, Haruhi, and Yuki from Max Factory, and in all those figures they’re all wearing the school uniform (so they match). I thought if I bought Tsuruya I’d throw off the symmetry. Although I did recognize that Tsuruya was a very nice figure I didn’t like the idea of her looking like the odd man out in my set. There was also a figure of Mikuru in a pink waitress outfit but she has become a pain in the buttons to find at a reasonable price. However, a figure by Max Factory was announced of Mikuru in the same waitress outfit that Tsuruya is wearing! JOY! The set would look amazing with the three in the school uniforms in the middle and one waitress on each end! 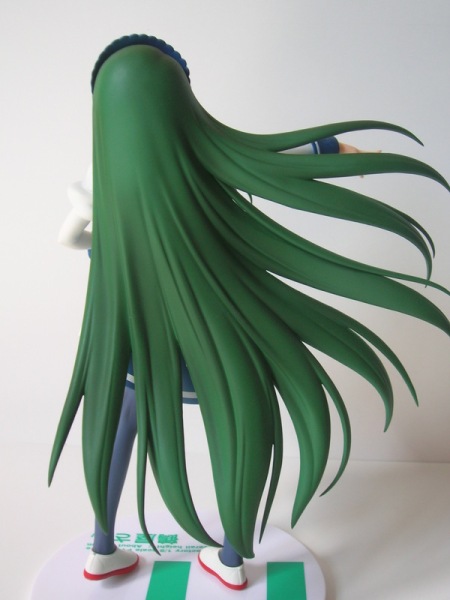 My joy was short lived…Tsuruya was then ridiculously hard to find at retail price. Eventually I found a place (that was definitely legitimate) that was taking pre-orders for another wave of her that was supposedly coming out. But the figures didn’t arrive on time and got delayed every month, soon other figure places were canceling their pre-orders for this mysterious wave of Tsuruya figures. Although my place kept their pre-orders open I had little faith that she would ever come in, so I canceled her. I was about to cancel my pre-order of the 2nd Max Factory Mikuru when a Tsuruya figure fell into my lap (at retail price) from a wonderfully generous store. Shipping was next to nothing too. 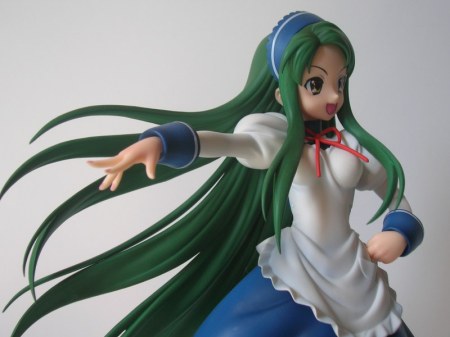 I like Tsuruya as a character but she isn’t even close to being my favorite character from the series (<3 Ryoko). But this Tsuruya is BY FAR my favorite of the Max Factory Haruhi figures. I love the green color they chose for her hair (it’s a lighter green color then what she has in the series) and the flow and shape they gave her hair is ridiculously complimentary to the figure. I love that her pose is her left hand on her hip with her other hand thrust out in the direction that her hair is flowing in. I also really like how her fingers (on her thrust out hand) are positioned, adds a lot of presence to the figure. And of course the waitress outfit that she wore at the cultural festival looks wonderful too. 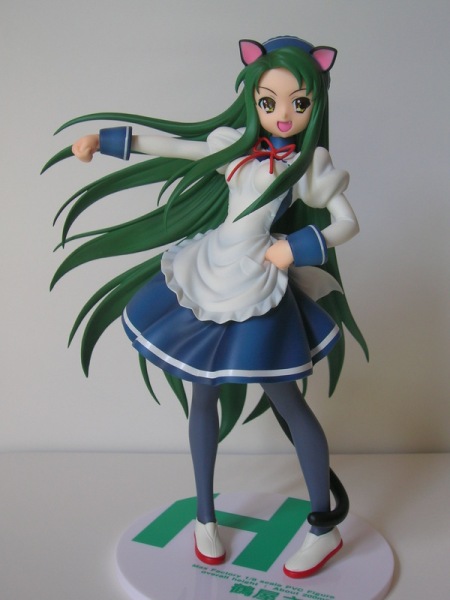 Tsuruya also come with cat accessories. There is a right hand thats in a fist, it’s sort of the Japanese way of imitating a cat paw with human hands. The tail is very bendy and flexibe so it’s easy to position it wrapping closely around her leg. Also the ears are remarkably easy to put on and off (see above thumbnail image of removed waitress cap). I do love that she comes with such cute accessories but I’ll be sticking with displaying her normally. I have nothing against cat accessories (I love cats actually) but cat ears aren’t really a fetish for me.

This entry was posted on Saturday, August 30th, 2008 at 4:51 pm and is filed under Figure Reviews. You can follow any responses to this entry through the RSS 2.0 feed. You can leave a response, or trackback from your own site.