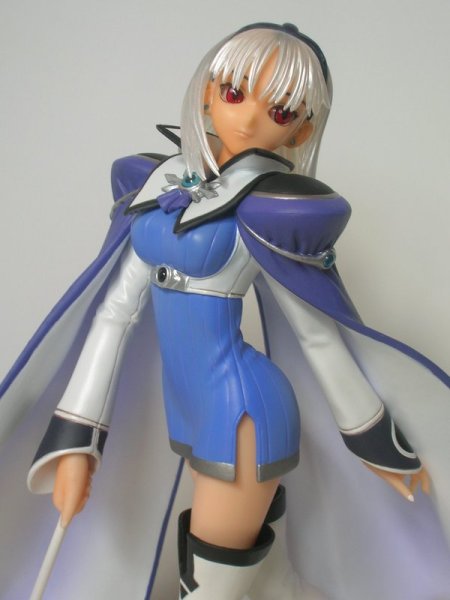 So I got Blanc Neige by Eye Scream from the recent massive Entertainment Earth sale (along with Mao). She was an impulse buy since I was already buying another thing and both were such a good price. Even though I haven’t played Shining Tears yet I’m very fond of this character. Her name just sounds so elegant, ‘Blanc Neige the Ice Witch’, and her look matches that elegance. In her figures she seems like such a noble, graceful, and emotionally an untouchable character. She seems as though she is used to being on a pedestal. Of the Shining ladies she might be my favorite…although Kureha’s outfit is much nicer in my opinion.At the very least she is one of my favorite characters to have figure of.

So if she is one of my favorite characters to have figures of why was she only an impulse buy and not a planned buy? I was torn on this particular figure. I have the first Kotobukiya figure in which she looks absolutely amazing! And I wasn’t sure if this one even held a candle to the Kotobukiya one. I wasn’t sure I liked how padded the shoulders of her cape was, and because of her position I wasn’t entirely sue that I liked how this figure looked from the left (her front). Her huge shoulder pads, her head leaned back, and the high collar create a funny looking effect that makes it look like she has no neck from certain angles. But from the side I have pictured in large above, she looks especially nice due to all those things. 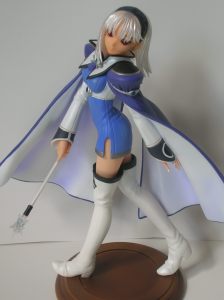 In the end the positives far outweighed the negatives, I love the split cape, her boots, her stride, and her wand. The end result is a striking figure that is now at the front of my shelf at eye level. But I would not have paid the retail price for this figure, she is only worth the over half off price I paid of $35. I would only think of spending $80 on a figure of supreme elegance from Alter, Enterbrain, or Griffon.

Please note that I have found the manufacturer of this figure listed as Beagle, Eye Scream, or President Japan. In the end I decided on using Eye Scream in my blog because of the logo with Eye Scream on it on the box. 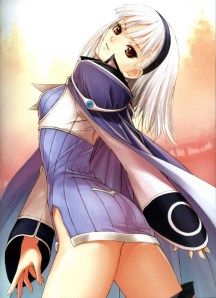 This entry was posted on Sunday, August 24th, 2008 at 12:53 am and is filed under Figure Reviews. You can follow any responses to this entry through the RSS 2.0 feed. You can leave a response, or trackback from your own site.